Earthquake: The nature of phenomenon, types, and causes.

This essay will answer the questions of what an earthquake is, for what reasons it arises, and how dangerous it can be for a person. 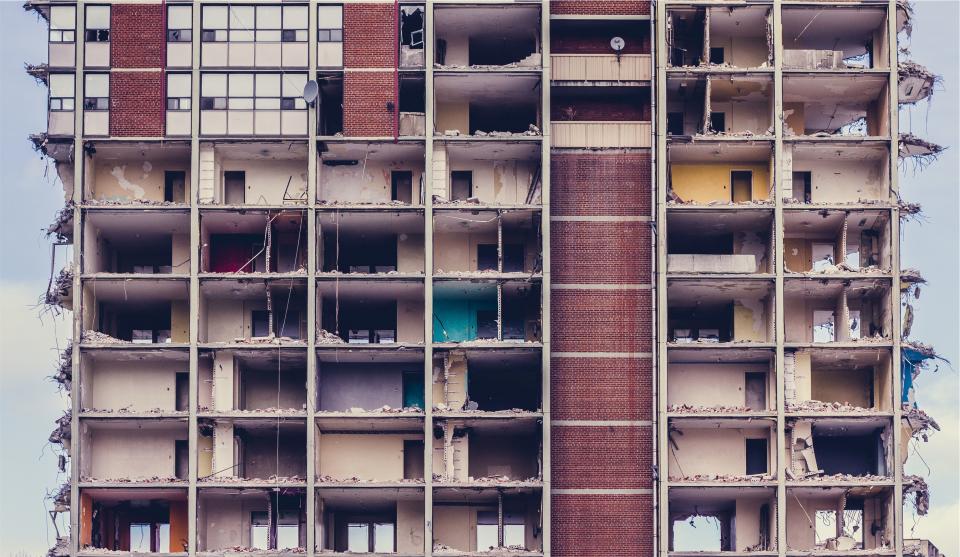 Earthquakes are one of the most serious enemies of humankind, because of the nature of their origin and destructive potential. Depending on the strength of the tremors, destruction on the surface can reach catastrophic proportions. No matter how strong buildings and other human constructions are, everything can be destroyed by the force of nature.

About a million earthquakes occur on our planet every year. In most cases they do no harm to people and they are not even felt physically. But periodically, strong tremors occur that threaten the life of hundreds of humans (approximately every two weeks). Most earthquakes occur at the bottom of the ocean, which is the reason for the appearance of another natural phenomenon – the tsunami. A tsunami is no less dangerous, as it destroys everything in its path by a tidal wave. The danger arising from a tsunami occurs only in coastal areas and with a significant tremor, while earthquakes are dangerous for almost the entire planet.

An earthquake consists of earth tremors provoked by the processes that take place inside our planet. The seismic phenomenon occurs as a result of sharp displacements of the earth’s crust. This process can occur at great depths in the earth crust interior, but more often on the surface (up to 100 km).

Earthquakes are the final stage of the movement of terrestrial rocks. The frictional force prevents shifts in the earth’s crust, but when the stress reaches a critical level, a sharp shift occurs in the fracture of the rocks, and the energy of the frictional force finds a way out in motion and oscillations spread in all directions like sound waves. The place where the movement occurs is called the hypocenter (focus), and the point on the earth’s surface above the hypocenter is called the epicenter. As you move away from the epicenter, the strength of the seismic wave decreases. The speed of such waves can reach 7-8 km per second.

The causes of earthquakes are tectonic processes (associated with natural movement or deformation of the earth’s crust or mantle), volcanic processes, the filling of storage reservoirs, the collapse of underground mines, explosions, and other changes that are frequently provoked by human activities, which are called artificial pathogens.

Volcanic earthquakes occur as a result of high voltage in the volcano magma, due to movements of lava or volcanic gas. Such earthquakes don’t pose a great threat to humans, but they occur repeatedly and last a long time.

Man-caused earthquakes are a result of human activities, for example, in the case of flooding during the construction of large reservoirs, and during the extraction of oil or natural gas and coal, which is a violation of the integrity of the earth’s crust. Earthquakes in such cases don’t have large magnitudes, but can be dangerous for a small portion of the earth’s surface, and also provoke more serious tectonic changes, which increase stress in the planet’s crust.

The landslide earthquakes are caused by landslides themselves. They are not so dangerous and have a local character.

The intensity scale is a qualitative characteristic of the earthquake, indicating the nature and scale of this phenomenon in relation to people, animals, nature, and natural and artificial structures in the zone of earthquake damage.

Let’s see what these numbers mean, excluding the Japanese method of measuring:
3 points – minor fluctuations, which are noticed by very sensitive people, who are in rooms at the moment of the earthquake.
5 points – objects in the room start to move, and pushes are felt by everyone who is conscious.
6-7 points – high possibility of building destruction, cracks in the earth’s crust, and tremors are felt in any place and in any room.
8-10 points – buildings of almost any design begin to collapse, a person has difficulties to remain on his feet, possibly large cracks in the earth’s crust appear.
Logically thinking, one can roughly imagine that a smaller value on this scale bears less damage and the maximum may wipe everything out of existence.

What to Do in Case of an Earthquake?

In any case keep calm. Depending on the situation and course of events, take into account the following tips and recommendations for surviving the earthquake:

This is a good example of an earthquake essay sample. Please, don’t copy this text to your own work, as it will be considered as plagiarism. We created this text to stand as an example and inspiration in order for students to write their own essays.

P.S. A student who wants to buy an essay for cheap can always turn to us for help! Find a reliable expert who answers your order requirements and get homework samples with ease! Free from plagiarism, 24/7 available support, and many other features are waiting for you!