Students that are learning ecology are often asked to write an essay on global warming. 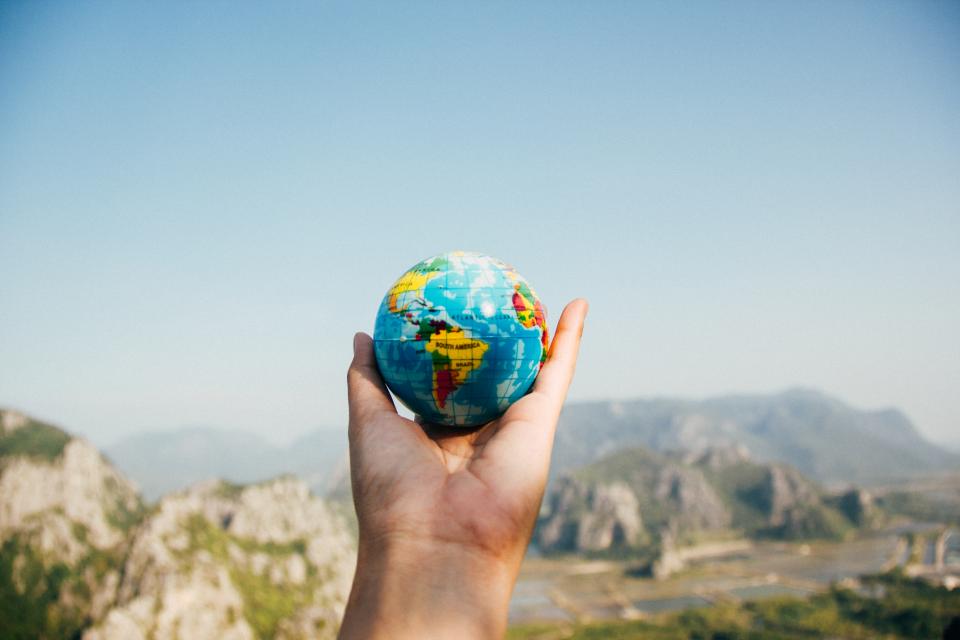 The problem of climate change is extremely urgent today. The climate on our planet is changing fast and there is no scientist that will deny it. However, the issue is that climate change is a result of human activities and needs to be resolved. If you don’t know what to write in your essay about global warming, we propose you to read the sample written by one of our writers.

Global Warming in the Context of Climate Change

Global warming is the trend of an increase in the average temperature on Earth, which has occurred over the past 100 years. It is calculated from weather stations around the world, and in Europe such stations have existed for about 150 years. But in general, the analysis of data collected from the whole world over the past 100 years shows that the temperatures continuously rise and the trend increases.

Climate change does not mean a simple temperature increase. Global climate change is the restructure of all ecosystems. Global warming is considered only as one of the aspects of change. Observation data indicates a rising global sea level, melting of glaciers and permafrost, increased uneven precipitation, a change in river and flow regime, and other global changes associated with climate instability.

The data of meteorological observations indicate that over the past 100 years, the average temperature of the Earth’s surface has increased by 0.74° C, and the rate of its growth is gradually increasing.

Threat to Ecosystems and Biodiversity

Species and ecosystems have already begun to respond to climate change. Migratory species of birds have begun to arrive earlier in spring and later fly away in the autumn. There are forecasts of extinction of up to 30-40% of plant and animal species, as their habitat will change faster than they can adapt to these changes.

When the temperature is raised by 1° C, a change in the species’ composition in forests is predicted. Forests are a natural carbon store (80% of all carbon in terrestrial vegetation and about 40% of carbon in soil). The transition from one type of forest to another will be accompanied by the release of a large amount of carbon.

Modern glaciation of the Earth can be considered one of the most sensitive indicators of the ongoing global changes. Satellite data shows that since the 1960s, the snow cover has decreased by about 10% since the 1950s. In the Northern Hemisphere, the area of sea ice has decreased by almost 10-15%, and the thickness has decreased by 40%. According to the forecasts of experts from the Arctic Institute of North America (Canada), in 30 years the Arctic Ocean will be completely exposed from the ice during the warm period of the year.

The most serious consequences may be experienced by the poorest countries which are least likely to adapt to climate change. According to the IPCC, by 2080 the number of people facing the threat of hunger can increase by 600 million people, which is twice the number of people who live in poverty in Africa today.

One of the consequences of climate change may be a shortage of drinking water. In regions with an arid climate (Central Asia, the Mediterranean, South Africa, Australia, etc.), the situation is further exacerbated by the reduction in the level of precipitation.

Due to the melting of glaciers, the flow of the largest waterways of Asia, namely Brahmaputra, Ganges, Huang He, Indus, Mekong, Saluen, and Yangtze, will substantially decrease. The lack of fresh water will affect not only people’s health and the development of agriculture, but also increase the risk of political disagreements and conflicts for access to water resources.

Climate change, according to scientists, will lead to increased risks to human health, especially the less secured segments of the population. Thus, a reduction in food production will inevitably lead to malnutrition and hunger. Abnormally high temperatures can lead to an exacerbation of cardiovascular, respiratory, and other diseases. According to the World Health Organization (WHO), the additional death rate in European countries from the heat waves in August 2003 in the UK was 2,045 people – in France, 14,802 – in Italy, 3,134 – in Portugal, 2,099.

Two main methods for stopping global warming are proposed: radical reduction of atmospheric emissions and geoengineering methods. To date, it is completely unclear what to do more: reduce emissions or accelerate the development of bioengineering methods. At the moment, there is no single successful method of their application. At the same time, the path of radical emission reductions has already proved unrealistic.

The bioengineering method is the injection of CO2 into the mines. Such installations are already being created, but none of them have proven successful. In 2009, another experiment was conducted – an attempt was made to increase the productivity of the ocean, so that phytoplankton absorb the excess of carbon dioxide from the atmosphere. A site was found in the ocean with reduced productivity due to a deficiency of dissolved iron. The experiment was conducted, but failed: after the dissolved iron was added, rapid development of phytoplankton began. According to scientists, plankton had to go to the bottom, but this did not happen, and instead it went along food chains, and the experiment received zero effect. There are also exotic methods, for example, increasing reflectivity of the stratosphere with the help of special aerosols.

The essay on global warming sample that you can see above was written by one of the WritingCheap writers, and we advise you to use it only as source of information. Don’t copy the text or its parts to your paper, as you you may be accused of plagiarism.

If you need to write an essay about global warming, but you can’t do it because of unforeseen circumstances, check out a post How to Write My Essay for College to help you. Our writers are specialists in various topics, so you can order a high-quality paper on any topic you need. We guarantee total confidentiality, timely delivery, and papers crafted in accordance with your requirements. And all this combined with moderate prices and friendly customer support! Just fill in the order right now and get an awesome paper by the due date!