The topic of police brutality is of increasing importance in the United States. In the past, Americans of all ages and races have faced unwanted police treatment that deteriorated public-police relationships. During the civil rights era, activists suffered unfair treatment from the police, such as battering, harassment, assault, torture, and mayhem. According to Obasogie and Newman, police violence continues to be a major issue despite various social campaigns against the vice (2017). People of color are the most affected by police brutality, as the violence turns out to be motivated by race. Because of the persistence of the problem, the US should adopt new methods to address police brutality. 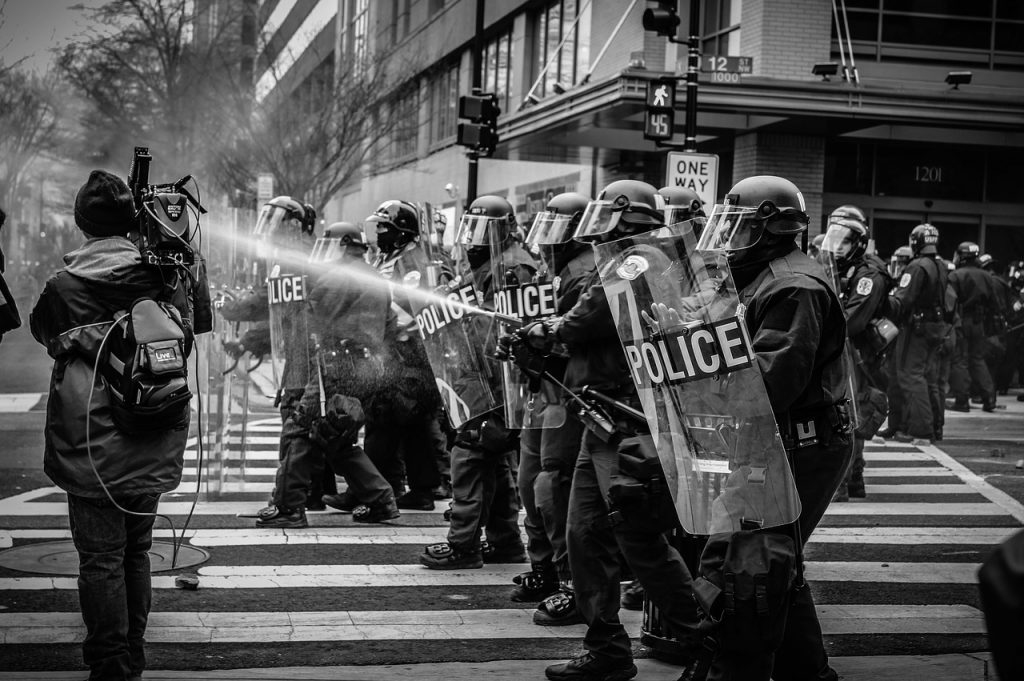 Photo by StockSnap from Pixabay

The United States has experienced various instances of police brutality throughout history. From the civil rights era to the modern forms of cruelty meted on various communities, the subject cannot evade the world’s largest democracy. In all the instances of police brutality, the most affected groups are the American minority groups (Schwartz, 2020). The victims face an array of discrimination that results in injuries, harassment, assaults, and even death. African Americans have been the biggest victims of this police brutality through the systematic anti-black racism among most white police officers. The unwritten code of police institutional culture advocates for solidarity, a show of might, and loyalty when dealing with any civilian challenges.

After World War II, many social movements pushed for equality in various fundamental rights in the US. African Americans demanded better treatment from government agencies, the police, and society like their white counterparts. The police positioned themselves as defendants to the white interests against the aggression by the agitating groups (Schwartz, 2020). The emergence of crime in African American-dominated cities fueled the perception that African American groups have a high affinity to crime. The misconception affected the police relationship with these groups leading to unending tensions between them.

The United States has various legal and statutory policies to address the problem of the use of unwarranted force by law enforcers. The constitution under the code of conduct and Civil Rights Act and the Americans with Disabilities Act govern against cases of police brutality. Citizens can sue police officers on accounts of these legal frameworks to compel the courts to act on brutality cases ( Robertson & Chaney, 2013). The recent conviction of Derek Chauvin for the murder of George Floyd presents a significant step towards addressing the instances of police brutality. The police will be wary of using unnecessary force on unarmed citizens when handling civilians.

However, many other brutality cases go unpunished. This situation requires a shift in approach by focusing more on avoidance rather than consequences. There should be a systematic approach to solve the systematic racism that affects the police service in most states. There should be a higher capacity for building and sensitization programs to help police conduct their activities with fairness and within the provisions of the American Constitution. Civil societies should encourage the public to cooperate with the police and follow all legal channels when addressing their issues. The idea is to limit confrontation with the police, resulting in unwanted outcomes for both parties. The systematic solution to this recurring problem will be significant and sustainable in improving police performance in the United States.

The US should adopt new methods to address the problem of police brutality. Throughout American history, police brutality has been part of the US police service’s challenges. The most affected are the minority groups with unique interests, which often conflict with law enforcers. Regardless, the existing anti-black racism contributes to a substantial number of police brutality victims in the country. The existing evidence shows that racially instigated cases are still prevalent despite the legal and policy frameworks to limit police brutality. This calls for a shift in the approach to developing a community-centered option to solve the problem.

Structure of Essays on Police Brutality

When writing police brutality essays, try to formulate the main idea as succinctly as possible, present it with logical and interrelated arguments, and write a conclusion that fully corresponds to the thesis statement presented at the beginning. Let’s outline a plan. It should consist of three elements:

Before starting to write the draft, write down all arguments that will help show the evil and brutal behavior of police. It would be useful to add a third argument to the two main arguments. End each paragraph with a small conclusion, and the whole text of the paper on police brutality should end with a generalizing conclusion.

If you have problems with your essay on police brutality, get help on WritingCheap.com. The writer will follow all of your instructions to deliver a sample that will meet your expectations. Among our writers, there are only professionals with degrees who have a good command of English. Don’t wait and place an order right now!