“Why do many characters have the same or very similar names in “Wuthering Heights”? 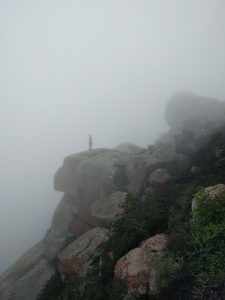 In the classic romantic novel Wuthering Heights, many characters have similar names, and character references can be confusing. One underlying factor driving the naming patterns in this novel is family naming patterns that link parents to children. As multiple generations are added to the story, children are given the names of their parents – specifically, Catherine’s daughter Cathy Linton, and Isabella Heathcliff (née Linton)’s son Linton Heathcliff (Bronte, 2009). The study of these family naming patterns is called onomastics (Falck-Kjallquist, 2016).

The practice of giving a child a name from a previous generation is common even today, and may be denoted by the use of “Junior” to indicate someone who has been named after their father. However, the onomastic pattern in Wuthering Heights preserves the names of the mothers in the story (Falck-Kjallquist, 2016). The main female character, Catherine Earnshaw, marries Edgar Linton (becoming Catherine Linton) and names her child Catherine Linton, called Cathy in everyday usage. Since Catherine’s brother Hindley has already passed on the family name (Earnshaw) to his son Hareton, Catherine’s only concern is with the preservation of her own identity – an identity which she replicates in her daughter, to a great extent. Isabella’s son Linton Heathcliff is, likewise, an avatar of his mother’s identity, since the Linton family lacks a male heir.

Linton and Cathy are both tools for the novel’s protagonists to act through. Their actions carry out the unfulfilled dreams of their parents: Catherine’s dream to marry Heathcliff, and Heathcliff’s dream to dominate those who wronged him as a child. The unwise marriage of Cathy to Linton that occurs toward the end of the novel is intended to show the destructive character of their parents’ passion for each other. Even though Catherine and Heathcliff both married other people, Heathcliff’s jealousy and Catherine’s willfulness are acted out through their children.

This Wuthering Heights analysis sample was posted on our blog as an example of how to write similar papers and format them appropriately. If you are not sure you will manage to complete a similar paper and stick to all instructor’s requirements, don’t worry. Our experts can help you with projects of any topic, discipline and difficulty level. All you are required to do is to place an order and express your expectations.